Please join the American Legion and other civic groups in remembering these 4 Chaplains who were on the USAT Dorchester. The ceremony is a solemn event and is a tribute to these four Army Chaplains who in the darkest moments shined the light so others could survive.

In the early morning hours of 3 February 1943, the U.S.A.T. Dorchester was crowded to capacity, carrying 902 servicemen, merchant seamen, and civilian workers. Once a luxury coastal liner, the 5,649-ton vessel had been converted into an Army transport ship. The Dorchester, one of three ships in the SG-19 convoy, was moving steadily across the icy waters from Newfoundland toward an American base in Greenland. SG-19 was escorted by Coast Guard Cutters Tampa, Escanaba, and Comanche. On Feb. 3, 1943, the U.S.A.T. Dorchester carrying 902 service men, merchant seamen and civilian workers was sunk in the cold Atlantic, after a German U-Boat hit the vessel with torpedoes. Through the pandemonium, according to those present, four Army chaplains brought hope in despair and light in darkness. Those chaplains were Lt. George L. Fox, Methodist; Lt. Alexander D. Goode, Jewish; Lt. John P. Washington, Roman Catholic; and Lt. Clark V. Poling, Dutch Reformed.

To learn more about what these 4 brave Chaplains did please click on the following link. Additional information can be found at the FOUR CHAPLAINS MEMORIAL FOUNDATION Home Page.

The city of Cupertino after a 2 year hiatus will be holding their Annual Veterans Day Ceremony at the Cupertino Memorial Park, on Friday 11 November at 1100 hrs.  See brochure below for more information of the event. 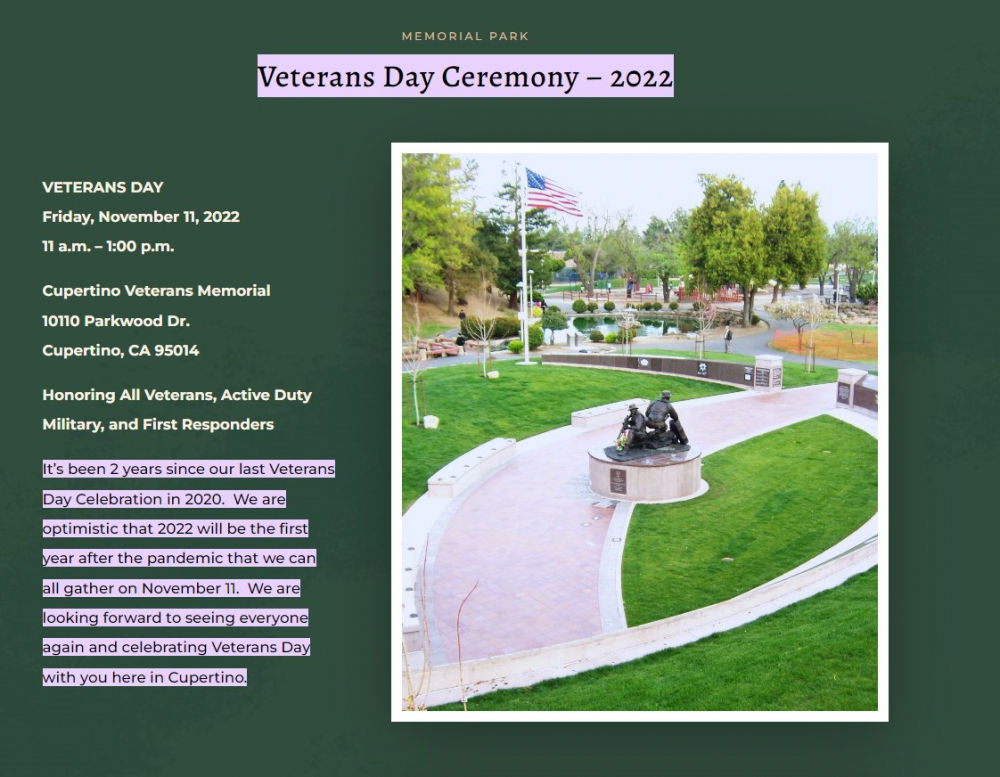 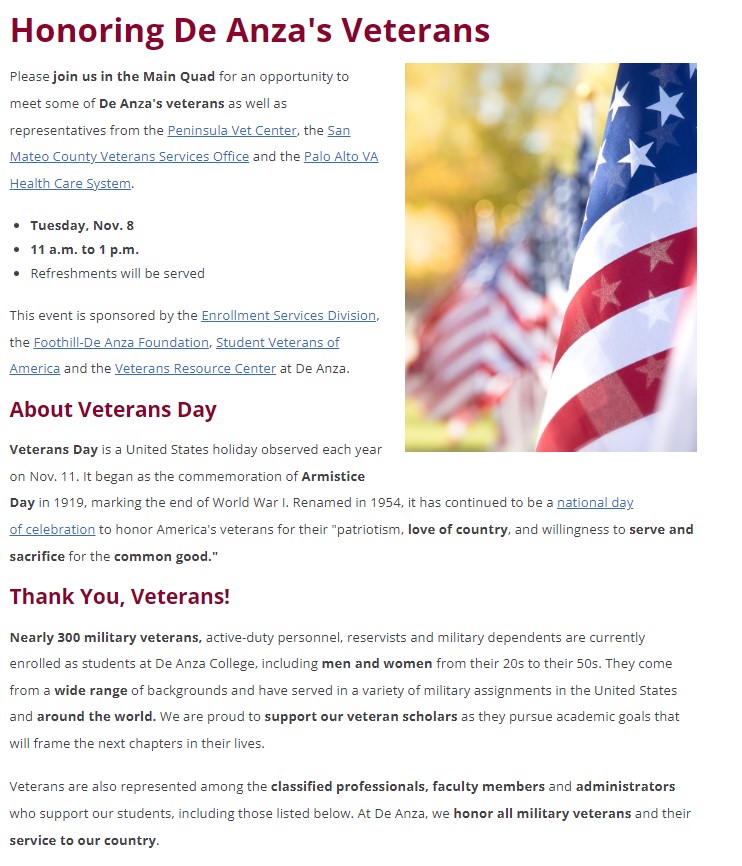